Why choose an apprenticeship?

Summary: James Magee left school and started college, but halfway through his first year he realised full-time classroom learning was no longer for him and that he wanted to start earning a wage. He knew of PETA from school visits and as his strengths lay in IT, he decided to explore apprenticeships in that area.

What made you choose an apprenticeship?

I started my apprenticeship journey with PETA in 2015. I chose the apprenticeship route because halfway through my first year at college, I felt I was done with the classroom environment and wanted to work full time and earn a salary. I also knew that apprenticeships in the IT/tech industry were abundant; there are multiple avenues for a school leaver or graduate to explore. With news reports of skills shortages in the tech sector, I realised that the industry would only ever grow due to the digitally connected world we live in. At that time, aside from liking IT I had no other career ideas, so I thought why not try and get an apprenticeship?

How did you find the apprenticeship journey?

I had some knowledge of PETA from school visits they attended during my final year so I applied for an apprenticeship they were advertising. They called me in for an informal interview, which was more of a chat with one of the learner assessors. They get to know you as a person, ask what you want to achieve (if you know at the time) and to do an initial assessment of whether you’re suitable for the job. There was no assessment of any technical skills I had - I had none and it’s not expected as the idea of an apprenticeship is to learn from the ground up with support around you.

PETA helped me explore all my options based on my preferences, where I lived, my ability to travel etc. They found me a role as an IT support apprentice in a manufacturing facility in my hometown. This is where I started my Level 2 IT Technician apprenticeship, learning on the job combined with days at PETA’s training centre to undertake various courses and sessions. Once a month Andy Worth, my trainer assessor, would visit my workplace and review the coursework I had completed, my progress on the course as a whole and also how I was getting on at work. He checked that I was receiving the support I needed and that my colleagues were friendly. The progress reviews provide an opportunity to discuss any concerns; fortunately for me it was a great place to work and I had a manager who helped me every step of the way.

After 12 months I moved onto a Level 3 apprenticeship, which had a similar format with coursework alongside day visits at PETA. This lasted 18 months and from those two courses I received City and Guilds qualifications which are well-known in the industry, as well as two-and-a-half years on-the-job experience for my CV.

I then moved onto the Level 4 Network Engineer programme. Alongside various assignments, I also had to pass industry vendor qualifications for Microsoft, Cisco and BCS. This was a huge learning curve, but all the training and tools were provided by PETA every step of the way. I cannot stress enough how beneficial these vendor qualifications were to me. They are exceptional strings to my bow and the best part was I didn’t have to pay a penny to undertake them. It was hard work, but as a result my technical knowledge and ability doubled or even tripled and my employer recognised these qualifications with increases to my salary.

After 18 months I‘d finally completed my Level 4 and my apprenticeship journey was over, although learning never stops!

How did your apprenticeship guide your career?

The apprenticeship programmes enabled me to find my niche, which is networks. Upon completion of my apprenticeship, I decided to move roles and secured a position at a network consultancy which gave me the opportunity to travel all over Europe. I secured this role based on the qualifications and experience gained during my apprenticeship.

Nearly four years on and I am now a Network Architect at one of the UK’s biggest telco providers. I’m still continuing with my learning because, as I mentioned earlier, this never stops. I’m halfway to achieving the Cisco CCNP and have more qualifications planned after that. PETA and my apprenticeship was absolutely fundamental to where I am now and I would not be here without them.

I look back fondly on my four years as an apprentice. The part of apprenticeships that is not mentioned much is the interpersonal skills you gain, which are just as important as the bits of paper you get at the end. I started as a rather shy 17-year-old with no CV and finished as a confident 21-year-old with a cracking CV!

Would you recommend apprenticeships and if so why?

My advice to anyone considering an apprenticeship would be to choose PETA! It’s also important to remember that the whole experience is a journey and to lean on your assessor, use the tools and training they provide and soak up as much information as you can. Take every opportunity they provide, every exam and certification offered as these hold significant weight in the IT/tech industry; it’s those things that get your foot in the door at places and gain you interviews, which you are likely to secure due to the experience you’ve gained during your apprenticeship.

At the start, please don’t be put off applying for that role because you don’t think you know enough - you’re not being hired for your technical ability at that point, just your enthusiasm and willingness to learn. 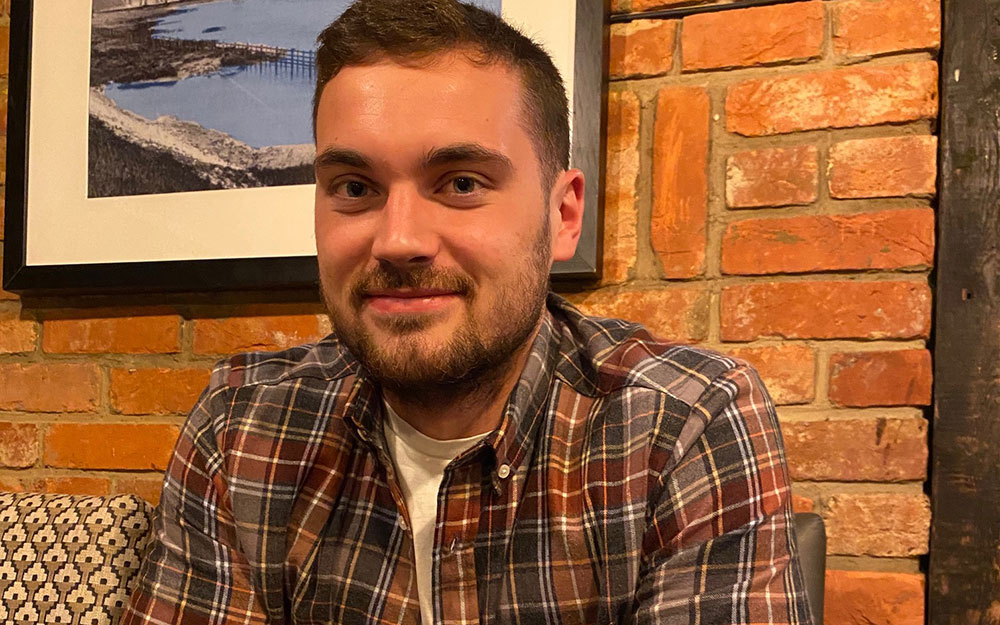 "My advice to anyone considering an apprenticeship would be to choose PETA! It’s also important to remember that the whole experience is a journey and to lean on your assessor, use the tools and training they provide and soak up as much information as you can. Take every opportunity they provide, every exam and certification offered; it’s those things that get your foot in the door."